Today I am Angry! 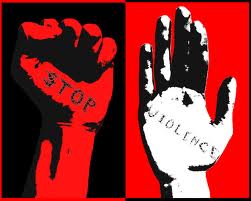 A FB friend of mine posted on his wall a video of the most monstrous act ever. I could not believe what I was looking at. My eyes filled with tears, my heart sank, my stomach ached, I could not sleep that night after viewing the video of a man being severely beaten. Then to make matters worse while he was being tortured someone poured gas over him. At this point I guess his worst fear came to realization of what would be next so he got the courage to get up and run. But while running and trying to escape this dreadful experience he got hit by two vehicles. He fell down and at that moment the mob of bastards burnt him alive.

It was amazing to me that NO ONE tried to do anything to stop this atrocious act. A man’s life was savagely taken because he committed a crime – theft! I could not believe this barbaric act was coming from a village of everyday simple people. How could we be so vile? What messages are being sent to our young ones (the future of tomorrow)? In my opinion there is no justification for such actions, none whatsoever!!! Where is our
compassion?  At the rate the human race is going obliterating one another seems to be the hell on earth. Are we on the path of destruction? Is this it? Barbarism is at its highest rate more than ever before; maybe we are in the last days.

As for the comments on FB some of them were shocking and disgusting to read. They were like the second mob putting him to death a second time. We have become an ugly society, a society that has no scruples. Looking at the man being stomped upon and abused by so many others I thought about this man’s mother and the pain she will bear throughout her life knowing her son died in such a horrible circumstance. Does it make us a better society by taking the law in our own hands? Who are we? I am angry to the point that I cannot stop speaking about it and it is annoying some of my friends. It unsettled me as if he was one of my own and the only way I know how to let this pain go is by sharing it with you.

We pay for everything on this earth. Our suffering is here and now. We answer to all the bad that we bestowed onto others; if not us our generation to come. It is like an heir loom. Yes! We all pay for the sins of our parents and our parent’s parents. It is therefore most important for us to be kind and respectful to others, to love and to share and to put ourselves as often as we can in the shoes of others before judging and taking things into
our own hands.

(You may view the video by clicking here should you so desire but be warned it is VERY graphic).

Pass the FANGA on:

As a prolific vocalist I have spent many years crafting and developing my talent to reach my present point. Although I still have a long way to go I am truly grateful for the energies and blessings that the universe has poured into my life. And despite all the difficulties and challenges faced I am excited to share this journey with you....FANGA!
View all posts by hsfanga »
« Nudnik!
They are everywhere… »

Inspiring, reflective, stimulating are just some words to describe what HS FANGA blog is all about. Time to find that FANGA within you!

Hillary Sargeant FANGA! The Power in Ya